Agents sued owner of tape recordings for breach of contract governing sale of the recordings. The First Judicial District Court, Parish of Caddo, Jeffrey P. Victory, J., dismissed agents’ suit, and agents appealed. The Court of Appeal, Fred W. Jones, Jr., J., held that parol evidence together with evidence from the face of the contract supported trial court’s finding in favor of owner on question of intent of the parties.

This appeal involves a matter of contract interpretation–to be specific, whether the parties intended to include in an agency contract a tape of certain Elvis Presley performances at “The Louisiana Hayride” at the beginning of his professional career.

After hearing testimony and considering evidence pertaining to this issue the trial judge answered the question in the negative and dismissed plaintiffs’ suit. Appealing the adverse judgment, plaintiffs in effect argue, in multiple assignments of error, that the trial court erred in this finding.

Our review of the record leads to the conclusion, for the reasons hereinafter detailed, that the trial judge was not clearly wrong in his fact-finding and that he correctly applied the law to those facts. Consequently, we affirm.

In the spring of 1980 David Kent [owner of “The Louisiana Hayride”] and Thomas Ayers [self-described “socio-musicologist”] held tentative discussions concerning the possible packaging into album form the recorded performances over the years by past Hayride artists and syndication of the Hayride radio program. As subsequently revealed, Kent possessed some 1758 hours of audio tapes containing the works of a variety of performers, including Elvis Presley as a neophyte.

Further exploring the possible endeavor, during the first part of June 1980 Ayers introduced Kent to Robert Vernon, veteran entertainment world promoter and producer. After additional conversations these three reached a verbal agreement which was reduced to writing by Kent in the following “Memorandum of Understanding” dated June 12, 1980:

​”As sole owner of “The Louisiana Hayride” by name and in fact, including all tape recordings and other memorabilia now in the possession of Hayride–USA, Inc., I hereby authorize Thomas V. Ayers and Robert G. Vernon to act as agents, jointly and separately, for me with a view toward packaging and syndicating certain of the past performances of country music stars. Should they be able to obtain acceptable distribution, they are to receive 49% of the profits from this venture. I reserve the right of approval of the material to be used and the final conditions of a formal agreement to be written when a formal proposal is ready for our consideration.
“The duration of this agreement shall not exceed 60 days from the above date.”

Following the death of Elvis Presley, and sometime prior to the June 12 agreement with Ayers and Vernon, Kent had excerpted from the Hayride recordings and placed on tape nine of the songs sung by Presley at the Hayride. The tape included an explanatory narration by Kent and an interview with Frank Page, who was involved in arranging Presley’s first public performances. Kent anticipated that the tape would be made into an album. Pursuant thereto, on March 31, 1980 he executed a written agreement with Bruce Hamilton, Jerry Osborne and a New York law firm, for a six month term, to represent him in negotiations with RCA for packaging the “Elvis tape” into an album and merchandising the product.

​”For the sum of $25,000, I, David Kent, being the sole owner of the name, production and broadcast known as “The Louisiana Hayride”, do hereby grant to ROBERT VERNON and THOMAS AYERS an option for 60 days from the above date, to purchase all my right, title and interest in that certain tape recording tentatively titled ‘ELVIS … WHERE IT ALL BEGAN’, it being a narrative and excerpts of original performances on the Louisiana Hayride broadcasts of Elvis Presley (more fully identified by the script attached) for the sum of $185,000 plus a royalty of $1.00 for each record sold containing this material, said sums to be paid as follows:
DAVID KENT to receive $148,750 and 85 cents for the sale of each record.
BRUCE HAMILTON to receive $5,000.
JERRY OSBORNE to receive $5,000.
ROBERT VERNON and THOMAS AYERS to receive $26,250 and 15 cents for the sale of each record.
It is agreed that the sum of $185,000 is to be paid at the time of relinquishing this tape to the purchaser.”

​Ayers and Vernon never exercised this option. However, through their efforts Kent was later introduced to Jerry Wilson, a Georgia attorney involved in business aspects of the music industry. After negotiations pertaining to works of Elvis Presley possessed by Kent, by contract dated August 4, 1980 Wilson and two associates bought the “Elvis tape” for $185,000 plus a future royalty of $1.00 on each album sold. The recited cash consideration was transmitted to Kent in three installments and, upon the receipt of each, he remitted 15% thereof to Ayers and Vernon as an agency fee.

On July 24, 1981 Ayers and Vernon filed suit against Kent, alleging that the “Elvis tape” was included in the June 12 memorandum agreement and, consequently, plaintiffs were entitled to 49% of the proceeds of the sale rather than 15%. Kent answered, asserting in substance that the parties never intended that the June 12 contract should cover the “Elvis tape” and that plaintiffs were due no more than the 15% they received under the terms of the June 25 “option”. 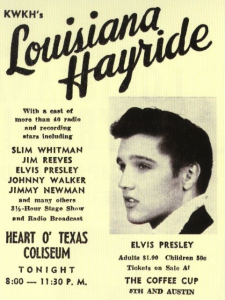 The thrust of the trial testimony of Ayers and Vernon was that the tape recordings in Kent’s possession, referred to in the June 12 agreement, included performances by Elvis Presley. Therefore, it was the intention of the parties to cover in their contract the “Elvis tape”. Attendant to this was the obligation to pay the agents 49% of the sale proceeds as compensation for their efforts to secure a buyer.

Kent categorically denied any intent by the parties to include the “Elvis tape” in the June 12 contract as evidenced by the following facts: he had previously contracted with other parties for packaging the “Elvis tape”; the June 12 memorandum referred to only “certain of the past performances of country music stars” and reserved to Kent the “right of approval of the material to be used”; the June 25 agreement with plaintiffs dealt specifically with the “Elvis tape”.

In his testimony Kent explained that the term “packaging” as employed in the June 12 agreement meant the selection of taped performances, compilation of them into album form and distribution of the albums. “Syndication” referred to securing a sponsor and arranging for the airing of the Hayride program on a number of radio stations. As Kent pointed out, plaintiffs neither “packaged” nor “syndicated” the “Elvis tape”.

In his oral opinion the trial judge accepted as most credible Kent’s explanation of the intent of the parties with reference to the June 12 contract, finding persuasive the logic of the defendant’s testimony as outlined above. As a result, the trial court ruled that plaintiffs were entitled only to 15% of the “Elvis tape” proceeds [which they had already received] and to 15% of each $1.00 Kent would receive as a royalty from future album sales, rather than the 49% claimed by plaintiffs.

When the terms of a written contract are susceptible to more than one interpretation, or there is uncertainty or ambiguity as to its provisions, or the intent of the parties cannot be ascertained from the language employed, parol evidence may be considered to clarify the ambiguity and to show the intention of the parties. Dixie Campers, Inc. v. Vesely, 398 So.2d 1087 (La.1981).

Apparently conceding that the June 12 memorandum agreement was not clear on the disputed question of whether the “Elvis tape” was included therein, the parties in this case presented without objection parol evidence of surrounding circumstances to support their respective contentions. As did the trial judge, we find most persuasive the factors described above which militate in favor of Kent’s interpretation of the June 12 contract. We also note as significant Wilson’s testimony that, upon receiving in his presence the final installment of their 15% “up-front payment”, Ayers and Vernon appeared to be “ecstatic” and made no complaint that the fee failed to comply with any prior understanding they had with Kent.

On its face the June 12 contract did not cover all of the Hayride recordings in Kent’s possession since it referred to only certain of the past performances of country music stars. Further, Kent expressly reserved the right of approval of the material to be packaged.

In the final analysis, the trial judge’s interpretation of the disputed contractual terms was based upon his assessment of witness credibility–to which we traditionally and as a matter of sound policy accord great weight. Unable to conclude that the trial judge was clearly wrong in his findings, we affirm the district court judgment, at appellants’ cost.

This is the first of three court judgments in this case. The overarching issue […]

Mother of Ginger Alden, Elvis’ fiancée at the time of his death (and the […]